As we say goodbye to the harsh winter months, it’s time to take a look at what’s happening on Broadway this spring. With an uncertain period hopefully now behind us, the future is looking more positive in NYC’s theatre world. And there are a host of new productions hitting the stage to prove it! Mixing up new works with exciting revivals, let’s take a look at just some of the best plays to see on Broadway this spring!

How I Learned to Drive

How I Learned to Drive is set to begin previews on March 29th ahead of an April 19th opening night. The Broadway premiere of Paula Vogel’s Pulitzer Prize-winning masterpiece is set to be one to watch as it reunites the two original stars from the 1997 Off-Broadway production. Tony Award winner Mary-Louise Parker and Tony nominee David Morse head the cast of this remarkably timely and moving memory play about a woman coming to terms with a charismatic uncle who impacts her past, present and future life. Directed by Mark Brokaw, the play was originally scheduled to run in Spring 2020 and now, finally, reaches Broadway for a limited run.

While the idea of watching Macbeth may be nothing new, the exciting creative team behind the latest revival of the tragedy makes the highly-anticipated production one to watch. Originally announced as opening at the Lyceum Theatre, the production will now play at the Longacre Theatre following the closure of Diana The Musical in December. Directed by Tony Award winner Sam Gold, the Shakespeare revival stars Daniel Craig (last seen on Broadway in Betrayal in 2013 and Off-Broadway in Othello in 2016) and Ruth Negga, who makes her Broadway debut as Lady Macbeth. It’s recently been announced that Tony nominee Amber Gray will also join the cast as Banquo, fresh from her departure from Hadestown this week. This sounds too good to miss!

The Skin of Our Teeth

With previews beginning on March 31st, the Lincoln Center Theater’s revival of Thornton Wilder’s The Skin of Our Teeth is scheduled to open on at the Vivian Beaumont Theater on April 25th. The production will coincide with the 125th anniversary of Wilder’s birth and will also mark the Broadway debut of LCT Resident Director Lileana Blain-Cruz. The Skin of Our Teeth (winner of the 1943 Pulitzer Prize for Drama) charts the journey of the Antrobus family of Excelsior, New Jersey, as they persevere through an Ice Age, a biblical flood, and war. The constant need to get back up and start again is set to hit home in the current climate, and Ms. Blain-Cruz notes that “the beauty of the power of language and stories to heal and move people forward is what we need now more than ever”.

The upcoming production of Plaza Suite is the first revival of a Neil Simon show since he passed away in 2018 at the age of 91. Check in to Suite 719 with Broadway veterans and real-life husband and wife couple Matthew Broderick and Sarah Jessica Parker. The duo play a total of 6 characters between them in Simon’s witty observation of love and marriage.

Check out our introduction to the show and meet the residents of Suite 719!

The production also marks the first time the couple have shared a Broadway stage since the 1995 revival of How to Succeed in Business Without Really Trying! Directed by John Benjamin Hickey, Plaza Suite opens for previews this Friday (February 25th).

Originally scheduled to open in April 2020, Richard Greenberg’s Take Me Out will now open for previews at the Helen Hayes Theatre on March 10th. The cast will be led by Jesse Williams, Jesse Tyler Ferguson, and Patrick J. Adams and the production marks 19 years since the play first opened on Broadway.

Take Me Out follows Darren Lemming, star center fielder for the Empires, who reveals he is gay and faces a barrage of long-held unspoken prejudices. Facing some hostile teammates and fraught friendships, Darren is forced to contend with the challenges of being a gay person of color within the confines of a classic American institution. For a deeper dive into the powerful context of the play, why not check out our introductory video here:

And finally we come to the most contemporary playwright to hit Broadway this spring! Noah Haidle makes his Broadway debut with Roundabout Theatre Company’s production of Birthday Candles, a poignant new play tracing 80+ years in the life of Ernestine Ashworth as she celebrates her birthdays from 17 to 101. Five generations, dozens of goldfish, an infinity of dreams, one cake baked over a century. What makes a lifetime…into a life? Ernestine will be played by Debra Messing (last seen on Broadway in Outside Mullingar in 2014) and will run from March 18th to May 29th.

So, which plays are you most excited to see this spring? Broadway’s doors are wide open and welcoming you in! Next up, we’re taking a look at some of the hottest musicals on Broadway this year. 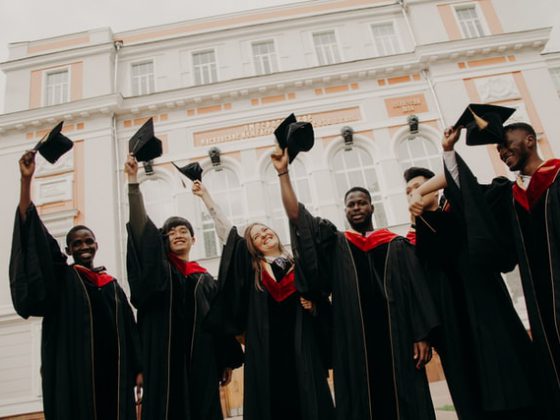