It’s no secret that it’s still kind of a weird time to be, well, doing anything really. But that’s especially true when it comes to education. After almost two years of either virtual or hybrid education, public schools in America began to re-open for the 2021-2022 school year. This also happens to be my first year as a full-time drama teacher in a public school. Even though I’m only about three months in now, I’ve already learned…quite a bit.

I learned pretty quickly that the looser I kept my plans, the better off I was. We’ve all been tossed back into the fray in a semi-post-pandemic-but-not-really world. Students, and quite frankly teachers, need some time to adjust and re-learn how to be in school and how to navigate this school year. How on earth do you create a socially-distanced drama classroom? What do you do when a student suddenly has to quarantine? Or tests positive? Rather than try to plan for every potential scenario, I started to take a “cross that bridge if we get to it” approach while building in as many backups to my plans as possible. Games and self-paced worksheets are our friends.

You can never have enough Kleenex

I took for granted how much trauma and emotional baggage my students would be coming in with, from this past year and beyond. And drama is where they can go to let it all out. When it comes to other peoples’ emotions, I’m what you might call…awkward. I’m not a natural nurturer. I’m an empathetic listener, to be sure, but when it comes to words of wisdom and comfort, I’m lost. But I learned that, sometimes, all students need is an empathetic ear. It’s okay not to know what to say, because sometimes there just isn’t anything to say. On that note…

It’s okay to be human

In the beginning, I was definitely a little more closed off as a teacher. Not that I was inaccessible, but I definitely leaned more into the “just the facts, ma’am” mentality. But at some point, I started allowing myself to be more human. Not that I shared my deepest and darkest secrets, but if I was tired or just having an off day, I would tell my students that if they asked how I was doing. Several of my students have lost at least one parent, so I shared with them that I also lost my parents at a relatively early age. Sometimes we even make macabre jokes about it (it’s either laugh or cry, right?). I realized that by allowing myself to be human, my students learned that I in fact was human, and that I had gone through some tough stuff too and turned out okay (well, depending on the day).

To mask or not to mask

You’d think that drama kids would be pros at wearing a mask. But for some reason getting high schoolers to properly place a piece of fabric over their mouth and nose proved to be…challenging. With the number of times I said “put your mask over your nose please” I wouldn’t be surprised if I was saying it in my sleep at some point. I had a student who cut a hole in his and wore it. Some started using their mask as a slingshot, sleep mask, headband, or anything else they could think of. Some got really creative and wrote messages or drew pictures on theirs. Most were…not school appropriate. So, I learned how to say “we don’t draw private parts on our mask” with a straight face.

Kids will be honest…brutally honest

At 5 feet 4 inches, I’m far from what you might call tall. But, apparently the students were concerned that I might forget that I’m rather short. So, in their infinite wisdom and kindness, they started offering me daily reminders. Many, many reminders. Random students that I didn’t even know would stop in the hallways to come over to me and state matter-of-factly that I’m short. One told me that I’m “too short to be a teacher”. I told him teaching is not a carnival ride and there’s no minimum height requirement. They also took a liking to calling me by the name of a well-known cartoon character whose name is very close to my last name. I stopped answering to it, but that didn’t stop them from saying it.

You can’t know until you know

I was under no misapprehension that teaching would be easy. But until you’re in the classroom, you can’t truly know what it’s like. The day-to-day decision-making and navigating that teachers are tasked with can be exhausting. You have to be a teacher, a babysitter, a therapist, a cop…and when you’re a drama teacher, add electrician, craftsman, painter, etc. etc. etc. As someone who comes from mostly a performance background with little practical knowledge of theatre tech, this was a little scary. At first, I was overwhelmed. I began to realize all the things I didn’t know. But then I took a breath and said…it’s okay. It’s okay to admit what you don’t know. It’s okay to learn as you go. And it’s okay to let the kids know that, too.

Onesies by day, strutting it out by night

I knew that being a drama teacher meant that your day looked a little…different than most. I didn’t realize just how different until I spent a day shopping for unicorn onesies, using Sesame Street to teach characterization, and teaching how to do a runway model walk at rehearsal. I never thought I’d find myself saying “puff your chest and strut it out” to a 14-year-old boy, but here we are.

It’s no secret that drama folks have to be creative. We repurpose things and find creative ways to make stuff out of stuff that shouldn’t be used to make the stuff it’s being used for. This became even more true when the price of lumber shot through the roof. Suddenly we had to figure out how to make stuff literally out of nothing. We learned a lot about using our bodies to tell stories. Foam and plastic have become our best friends.

Don’t be afraid to fall in love

I remember the moment when I realized how much I love my students. I was driving home after a full day of teaching and then watching our home football game where I got to cheer on some of my students who were also in band or cheer. I realized I had a smile on my face, and it was because I was grateful to be where I was and to be doing what I was doing. I was grateful for all the moments that made me laugh (even if I had to hide the fact that I was laughing). I was grateful for the little moments sprinkled throughout my day that reminded me of why I wanted to become a teacher. And I was grateful for my kids. I realized that, in the midst of a chaotic world, I could be certain that at some point during the day, one of my best students would see me in the hall and say, “Hi Mr. Dunkelberg! How are you?”. I could be certain that one of my students who barely said a word at the beginning of the semester would say something that would make the whole class laugh. And I could be certain that when I left, even if it was a bad day, I’d know that I was right where I was supposed to be.

For more tips on navigating teaching theatre in a hybrid world of in-person and online learning, check out our blog post on Teaching Theatre in a (Not Actually) Post-COVID World 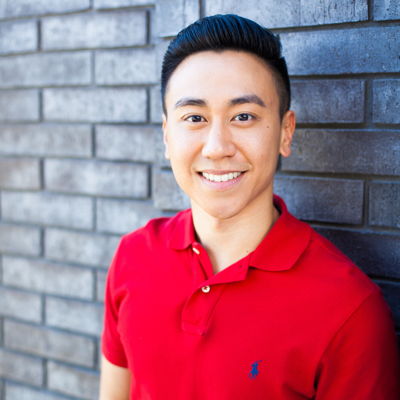 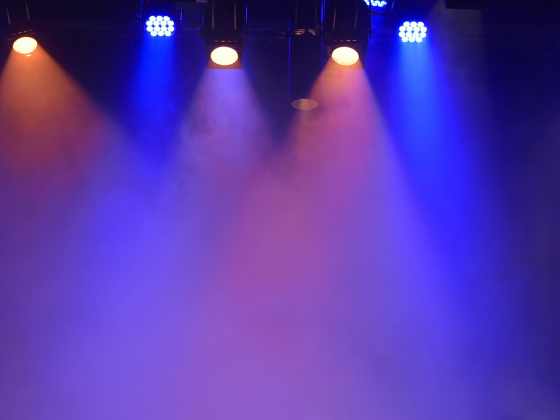 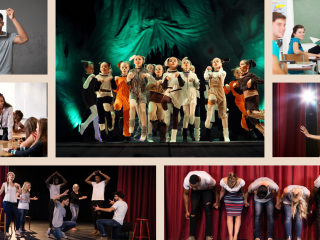