As we celebrate Independence Day this weekend, let’s see how much history you have learned from Broadway!

1776 opened on Broadway in 1969, winning the Tony Award for Best Musical. The show centers around John Adams’ journey to convince the Founding Fathers to sign the Declaration of Independence.

Stephen Sondheim’s Assassins is a darkly humorous, revue-style musical that focuses on the men and women who assassinated (or tried to) American Presidents throughout the nineteenth and twentieth centuries.

Fun Fact: Neil Patrick Harris starred as The Balladeer in the 2004 Broadway revival of the show.

How could we have a top ten without Hamilton?! The show chronicles the life of Founding Father Alexander Hamilton, using a blend of hip-hop and musical theatre. Hamilton won 11 Tony Awards, including Best Musical, and was also awarded the Pulitzer Prize for Drama.

Set in the years following the attack on Pearl Harbor, Allegiance charts the experiences of the Kimura family as they are forced to relocate from Salinas, California to an internment camp in Wyoming.

Fun Fact: Allegiance is based on the real-life experience of George Takei, who starred in the original Broadway production.

Jason Robert Brown and Alfred Uhry’s Parade tells the true story of the 1913 trial of Jewish factory manager Leo Frank, who was wrongfully accused and found guilty of the rape and murder of a 13 year-old girl. This bold musical dives into the complexities of early 20th century social relationships in the South.

Now we all know that cute redhead kid Annie, but the beloved musical also paints a vivid picture of New York City during the Great Depression. Franklin D. Roosevelt is in the White House and, with Annie’s help, he finds a “New Deal for Christmas”!

Fiorello! depicts the rise to power of New York’s Mayor Fiorello LaGuardia (1882 – 1947). The original 1959 Broadway production won the Pulitzer Prize for Drama and the Tony Award for Best Musical.

Fun Fact: Fiorello! shared the 1960 Tony Award for Best Musical with The Sound of Music.

Robert Schenkkan’s 2014 play All The Way dramatizes Lyndon B. Johnson’s efforts to end racial injustice and bring in the Civil Rights Act of 1964. The play documents LBJ’s relationship with Martin Luther King and his influential political peers, and offers an intricate and intimate portrayal of how LBJ bent Congress to his own will.

Fun Fact: Bryan Cranston made his Broadway debut as LBJ and won his first Tony Award for the role.

In the midst of the Great Depression, Bonnie & Clyde tells the story of real-life fugitives, Bonnie Parker and Clyde Barrow. The couple crave fame and thrills, leading them into a dark life of crime. Sexy, exciting, and daring, Bonnie & Clyde combines gospel, rockabilly, and blues music to evoke 1930s America.

Fun Fact: The Broadway premiere of the Bonnie & Clyde closed early after just 4 weeks due to poor ticket sales. However, the show has subsequently achieved cult status and is popular across the world.

Set in the aftermath of World War Two, Bandstand tells the story of Donny Novitski, a piano prodigy and returning veteran, who recruits a group of musical veterans—each wrestling their own demons—to form a swing band the like of which America has never seen.

Fun Fact: Bandstand was the first musical to be certified by Got Your 6 for its authentic portrayal of military veterans.

What other shows would you add to our list? 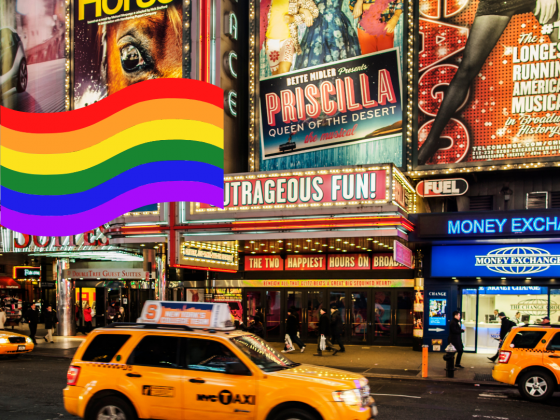 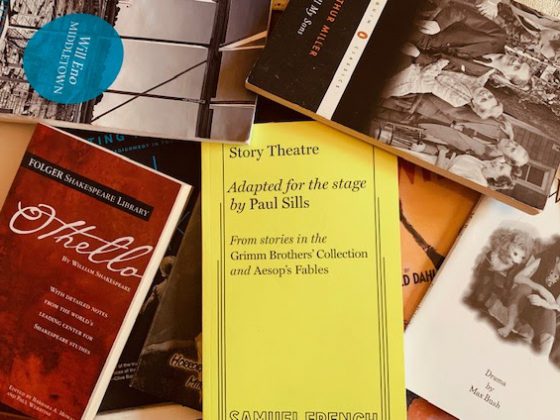