The theatre is a world of conjuring, of bringing the dead back to life. A script is a lifeless thing. An empty auditorium is a lifeless space. Costumes on a rack are lifeless. Props on a prop table are lifeless. The magical alchemy of theatrical performance jolts  all that stasis into vivid animation. No wonder then that the world of theatre and the world of the supernatural have a long history of intertwining.

Theatrical lore is ripe with ghosts, curses, and (perhaps justified?) superstitions. The most famous, of course, is the curse associated with Macbeth. Shakespeare’s dark tragedy is considered so evil and so steeped in darkness that within the business it is known simply as The Scottish Play, lest calling it by its proper name summons misfortune upon the speaker (there are also specific and oft-enforced rituals for when someone says “Macbeth” within a theatre building – don’t do it!). There is a long history  of real-world violence associated with the play (see the Astor Place Riots, which left dozens dead). Plus, every actor has a story of strange goings-on during a production of Shakespeare’s dreaded masterpiece: horrible accidents, cast-wide illnesses, falling  lighting instruments etc. Is the play cursed? Or is there simply a higher likelihood of actor injury in the play due to the sheer amount of stage combat it contains? Or does the play truly open up some sort of portal to something strange, something wild, something unholy?

Besides haunted plays, there is also a long history of haunted theatres. Many stages, auditoriums, lobbies, and dressing rooms are said to be the sites of spirits. The ghost of David Belasco is rumored to still frequent the Belasco Theatre in New York City,  hovering around the upper balcony where he once kept an apartment. Other theatre buildings have reported supernatural appearances: perhaps an actor who died on the  stage, or perhaps a deceased audience member whose soul simply didn’t want to  leave. Theatres tend to be older buildings filled with history and lore. The air is often  thick with dust and memory. No wonder then the ghosts feel comfortable!

Which brings us to the fabled ghost light. Ostensibly the purpose of this single, uncovered lightbulb is to illuminate the theatre auditorium at night and keep people from hurting themselves (i.e. falling into the pitch-black orchestra pit as they try to find the lights switch). But that reasoning is not nearly romantic enough for theatre folks.  No, no; as every true stage fanatic knows, the real purpose of the ghost light is to keep the ghosts away. Or to invite them in. Or both. Either way, it’s for the ghosts. Some believe the ghost light provides illumination for the spirits at night so that the more  theatrically inclined of the deceased can perform upon the dimly lit stage. Others  believe the ghost light is a deterrent, intended to ward off the spirits by never allowing  the theatre to truly go fully dark. Regardless, if you have ever been in an empty theatre at night, with naught but a ghost light keeping you company, you know the sensation: the space, though bathed in shadow, is alive with energies.

Playwrights also seem obsessed with the supernatural and it has been a common  subject of plays since the dawn of theatre. Gods, goddesses, spirits, ghouls and illusions all find a home on stage. Dionysus walked among mortals in The Bacchae. Mephistopheles seduced a man in Doctor Faustus. The Ghost of Hamlet’s father famously prompted his errant son towards revenge from beyond the grave. The aforementioned Macbeth is teeming with beings who dwell between the land of the  living and the land of the dead: the witches (known as “The Weird Sisters”) permeate the action by chanting, prophesying, and generally freaking everybody out. Stages  throughout theatrical history have been chock-full of spirits.

Indeed, the entire theatre-going experience can be viewed as a sort of supernatural  reverie, a ghost story made manifest. The shared relationship between audience and performer is a kind of seance. We gather, we dim the lights, we take a breath, and we  all, together, attempt to reach the beyond, to enter a world beyond the ordinary. The mutual desire to see the unseen, to witness the impossible, to bring back what was  lost, is at the heart of the theatrical practice. Perhaps the theatre is full of ghosts, not because of some sort of ancient curse, but rather because we will them to be there. We want more than the ordinary. We want to be taken out of ourselves. We want to  commune with the beyond. Who knows what we’ll find? 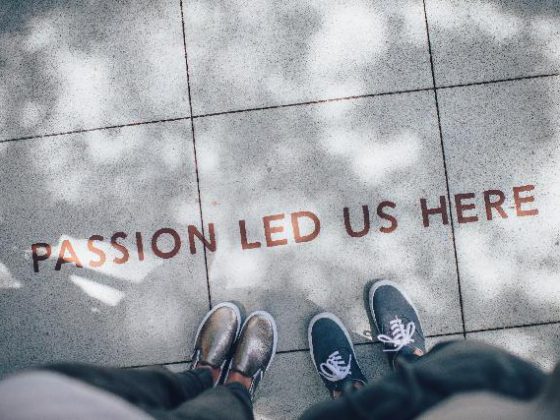