I’m going to tell you a story. It starts in February 2020, when I was asked to direct a production of Beauty and the Beast for a small community theatre. “Sure, what could go wrong?”, I thought. At that point, we knew COVID was a thing, but cases in the United States were still in the double digits (those days in and of themselves feel like a whole other era). We cast the show and planned for rehearsals to start in May or early June with performances in mid-July…you can see where this is going.

By late April, it was clear that there was no way we would be able to do the show as planned. Firstly, it wasn’t responsible from a public health perspective. Secondly, from a financial standpoint, we weren’t confident that enough people would buy tickets to make the show financially viable. Beauty and the Beast is, if you’ll pardon the pun, a beast of a show. By that I mean…it costs money. Which means it needed to make money. And in the height of a public health crisis, there was no way we could bank on that happening. On April 21, we officially canceled the production and planned to move it to July 2021. We were disappointed, but hopeful that by that time the situation would be better. Then 2020 rolled into 2021 and vaccines came into the picture. “Great!”, we thought, thinking we’d be back to some sense of normalcy by the time we started rehearsals.

Rehearsals started in May, on the very day that the CDC revised its guidance and said that fully vaccinated people no longer needed to mask up indoors. More good news! But then I realized that not everybody in my cast would be fully vaccinated. So, do I require masks for un-vaccinated only? Do I require masks for everyone? How will that go over? The last thing I wanted to do was create a divide or an “us versus them” atmosphere in the cast. Ultimately, I decided to leave the decision up to each individual. I told everyone to do what they felt was best for their health and that of those around them, and to share any concerns they had with me. The rehearsal process itself felt very…normal. We still maintained social distancing where we could, and I tried to schedule rehearsals in a way that limited the number of people who were in the theatre at a given time. But the sense of fear that I’d felt before vaccines wasn’t there. We had no COVID-related problems during rehearsals and things seemed to be on the right track.

We opened on a Friday night. It, too, felt very normal. It was actually an emotional thing, not only because, for most of us, it was the first time doing or seeing live theatre in a long time, but also because we’d been working for the past year to get this show up. We’d gone through about five different versions of the cast. We’d run into logistical problems. There were scheduling issues galore. So to finally open a show in front of a live audience felt like a major victory. The following day is when trouble began. That afternoon we got news that an orchestra member had tested positive for COVID. After a lengthy discussion, the decision was made to continue the show with masks required for the orchestra members. Fortunately, we were able to find a replacement musician, and the show went on as planned. Incidentally, the fire alarm went off at the end of the show that night, which in hindsight was a perfect omen.

On Sunday morning I woke up to news that one of our principle cast members had tested positive for COVID. This person was fully vaccinated. Yikes. Our worst nightmare had come true. We canceled that afternoon’s matinee and planned to push the remaining performances back by two weeks. What followed was a cascade of actors testing positive. I’m talking about a span of hours. By the end of the day, we had about ten positives among the cast. That number slowly grew over the next couple of days and peaked at a total of 27 people involved in the show testing positive, most of whom were cast members and many of whom I know are fully vaccinated. We also had some family members of cast mates test positive as well.

During all of this, the CDC reversed its previous guidance and went back to recommending that even vaccinated individuals wear masks. Then news broke that the Delta variant was more contagious than we’d thought and that even vaccinated people could get and transmit it. Of course, that was old news to us. We were living through the evolution of the pandemic in real time. So, the question was…what the heck do we do? The theatre’s survival hinged on the money made from this show, so there was a very strong push for it to go on. But cases were continuing to spike and the news about Delta was not encouraging. I bit the bullet and brought up the idea of postponing the show indefinitely. There was a very…passionate discussion. Those of us who felt the show should be postponed were in the minority, and after a vote by the board of directors, it was decided to move forward.

Of course, going ahead with the show meant we’d need to put tighter protocols in place: masks would be required for cast, crew, and audience. All cast and crew would be required to get tested. Testing instigated a whole new can of worms: what if someone can’t get access to a test? Do the people who had just had COVID need to get tested? When exactly should people get tested? We were advised that if a person gets infected Monday, they’ll probably still test negative on Tuesday and maybe even Wednesday or Thursday. So, if someone was infected by tested negative on a Tuesday, that would mean they’d come in for the Friday or Saturday show probably actively shedding virus…it was quite a puzzle to figure out. Then there was the issue of masks. What would happen if a relative of a cast member showed up and refused to wear a mask? Do we turn them away? Can we bank on their desire to watch their relative perform outweighing their resistance to a mask? These were questions that we wouldn’t really know the answers to unless we encountered that specific situation.

On top of everything were the…personalities in the cast. There was a slew of different opinions, ranging from “we should cancel the show” to “we don’t need to be taking precautions because most of us have had it anyway”. What on earth do you do with that? I had to take a fairly hardline approach. We decided that everyone would need to wear a mask, period. Anyone who had not tested positive during our outbreak would need to get at least one test before the show re-opened. We made it clear that there would be no discussion.

Spoiler alert: there was discussion. At some times, some very…passionate discussion. I tried to find grace where I could and remind myself that people were stressed and frustrated. They’d been pouring their heart and soul into this show for a year and a half. “They’re mad at the situation,” I told myself, “not you.” Unfortunately, as much as I tried not to take it personally, there were times when it did get a little personal. It was an emotional situation, and there were times when we definitely let our emotions get the better of us. But at the end of the day, people really wanted the show to go on. So they did what they needed to do.

Re-opening was plagued with problems. A few of our principles had a particularly rough course of COVID and were still sick a couple of days before we were supposed to re-open. Like, can’t-climb-a-flight-of-stairs-without-getting-winded sick. The weekend before we were supposed to be back up, another event took place in the theatre, which required that all of our stuff be moved. Like all of it: props, set pieces, costumes, mics, lights…everything was reset and then had to be moved back and re-programmed. Not everyone could be at every brush-up rehearsal, including the understudies that we’d found for some of the actors who still weren’t feeling well. On top of that, morale wasn’t great. People were tired. The energy and heart of the show just weren’t there. Run-throughs felt very mechanical. So there was definitely a lot of “is this show actually going to happen?”

Ultimately, the show re-opened. I was pleasantly surprised that we didn’t really get any pushback from audience members about wearing a mask (I think it helped that most of our audience at that point was friends and family of the cast, or at least people who had been waiting and really wanted to see the show). What did surprise me, at least to some extent, was the pushback from the cast. One of our leads decided on one of our last performances that they didn’t want to wear a mask on stage because it interfered with one of their big songs. We had some who conveniently “lost” their masks right before their solos. I and others in leadership bore the brunt of cast frustrations, and to be quite frank, by the closing performance it had left a really bad taste in my mouth.

In hindsight, I wish I’d been stricter about protocols, even despite the guidance from the CDC. I don’t know exactly what I would have or should have done, but I do think we got complacent. I also wish that we’d had a “worse-case-scenario” plan in place with specific guidelines.

But this isn’t about how terrible everything was or what we should have done. Ultimately, I’m proud of the product we put up. I’m proud that we persevered. The audience feedback on the show was hugely positive. Seeing little ones in their princess dresses excited to see Belle made all the chaos worth it. They just saw the tip of the iceberg, not all the mess underneath it. And I did learn a thing or two in the process: for one, I learned how to manage personalities and navigate a very personal and emotion-fueled issue. Second, I learned that somehow, someway, the show will go on. And finally, I learned that a theatre catwalk makes a great place to cry. 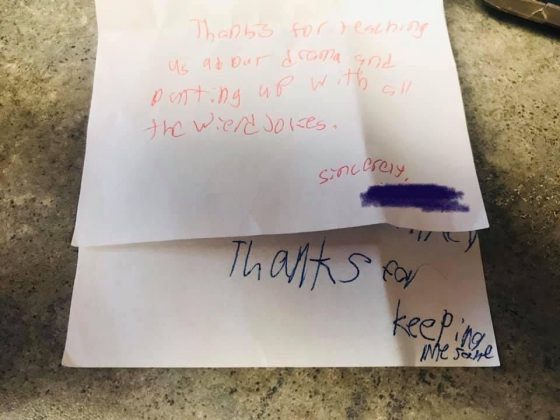 I’m a Middle School Drama Teacher: My Job is Not Silly 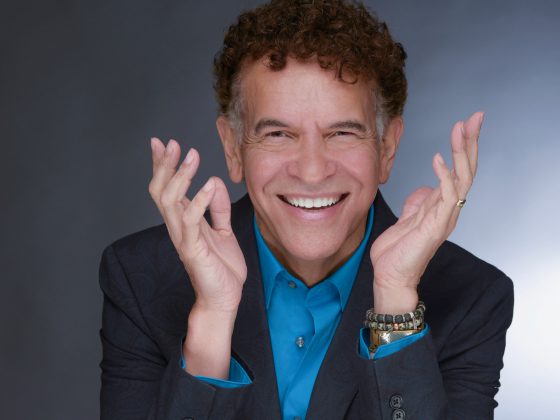 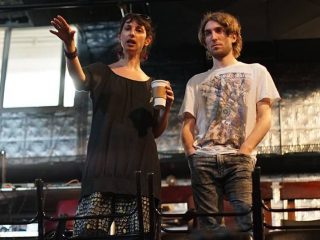