July 22 is the 70th birthday ofô Alan Menken, the prolific songwriter behind many of Disneyãs greatest hits and several twenty-first century Broadway smashes.ô If you are reading this thinking, ãwho?ã, I feel confident youãre in the minority BUT … if your knowledge of this musical giant is limited, welcome to the wonderful world of Menken!ô

If I tell you that his mother was an aspiring actress and playwright and his father was a boogie-woogie playing dentist, this probably gives you a clue to the lively, fun-filled, and innovative scores favored by Menken and his collaborators. He started playing piano and composing music at an early age, and graduated from NYU with a degree in Musicology. However, composing musical and film scores wasnãt Alan Menkenãs first chosen career path.ô

For example, did you knowãÎãÎ

Teaming up with Howard Ashman

So, which is the first work that truly put Alan Menken on the map? He wrote several shows that never made it onto the stage but, in 1979, Menken began a successful collaboration with the late songwriter, Howard Ashman. Together, they wrote a musical adaptation of Kurt Vonnegutãs novel, God Bless You, Mr. Rosewater, which ran Off-Broadway to critical success. However, it wasnãt until 1986 that Menken hit the big time with the phenomenally successful musical, Little Shop of Horrors.ô

Now, who doesnãt love the ãMean Green Mother From Outer Spaceã (incidentally, a song only written for the 1986 film version of the show but which gave Menken and Ashman their first Oscar nomination)? And, of course, ãSuddenly, Seymourã and ãSomewhere Thatãs Greenã are two of the most commonly performed audition songs out there. But part of Little Shopãs continued success is its reliance on a small cast, small band, and simple staging–itãs a great show for schools, colleges, and amateur theatre. Most recently, the musical was revived at the Kennedy Center (Washington D.C.), starring Megan Hilty and Josh Radnor, and at the Regentãs Park Open Air Theatre (London) in 2018. I was both fortunate and ultimately disappointed to catch the first 25 minutes of the Regentãs Park last matinee production before it was rained off–the perils of open air theatre ãÎ but the opening numbers were great!

Menken and Ashmanãs partnership went from strength to strength when they received a very exciting invitation ãÎ to write for Walt Disney Studios. For those of a certain generation (hello readers in your mid-thirties), their next work may have been the first film you went to see in the cinema. The Little Mermaid earned Menken not one, but two Oscar wins for Best Song (ãUnder the Seaã) and Best Score in 1989. The duo followed this success up with Beauty and the Beast (1991) and were halfway through composing the score of Aladdin (1992) when Ashman passed away. Menken teamed up with Tim Rice to finish the film and went on to join forces with Stephen Schwartz on Pocahontas (1995) and The Hunchback of Notre Dame (1996), and with David Zippel on Hercules (1997). Letãs also not forget Menkenãs work on the musical-comedy film, Newsies, which was produced by Walt Disney Studios in 1992.

This was not the end of Alan Menkenãs association with Disney. As well as writing the scores of twenty-first century Disney films such as Enchanted (2007) and Tangled (2010), in more recent years several of his big Disney hits have found new audiences and adaptations on the stage. Beauty and the Beast, The Little Mermaid, and Aladdin have all had successful Broadway runs (the last two earning Menken Tony Award nominations for Best Score). And did you catch Rebel Wilsonãs turn as Ursula in the Hollywood Bowl’s live concert version of The Little Mermaid in 2016? Or, Harvey Fierstein in the same role and same venue in 2019?

Itãs clear that Alan Menkenãs enthusiasm and love of musical theatre is not going to run out any time soon. His stage adaptation of Newsies finally won him that elusive Tony Award for Best Score and played for over 1,000 performances on Broadway. In fact, it became the fastest of all the Disney musicals to turn a profit on Broadway. Menken also wrote the music for the lesser-known show, Leap of Faith, which opened on Broadway in 2012, and the show-stopping Sister Act, which premiered in Londonãs West End in 2009 before moving to Broadway in 2011. Interestingly, it has just been announced that the show is to be revived for a UK tour but has been reworked for an older actress to take the lead role of Deloris Van Cartier in 2020.

Fun fact: Did you know that, as well as producing the show, Whoopi Goldberg took over from Sheila Hancock as Mother Superior in the original West End cast in 2010 for a limited engagement?ô Check out the clip below!

So, while we wait and see what fun-filled, toe-tapping score will be next to emerge from the pen of the great Alan Menken, we wish him a very happy 70th birthday!

Dealing with ãNoã: A Brief Rejection Deflection Guide for Actors 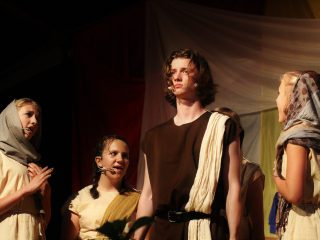 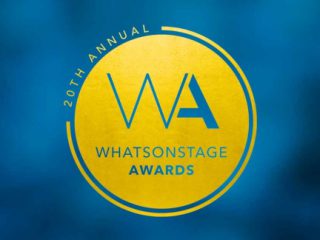 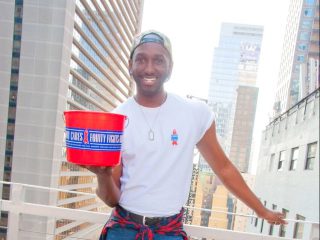 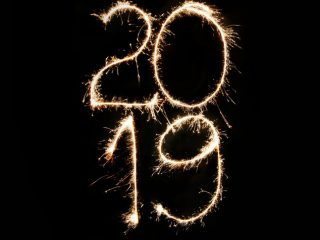 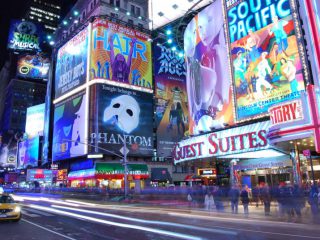 In 1606, William Shakespeare had to play Lady Macbeth when Hal Berridge, the boy playing her, died suddenly