There is a lot of advice out there on auditioning. A great how-to is even right HERE on this website!

But there are a few things that a ton of performers do which impede their auditioning. Here are five of them, and how to flip them into something positive:

Perhaps it’s mid-January to April, which means “audition season.” There are literally hundreds of shows being cast by theatres around the country, all at the same time. So on any given day, there may be five or six major auditions. And you try to hit them ALL.

I understand the “throw all the darts at the dartboard at once and hope ONE of them sticks” mentality; believe me, I’ve been there. But it just doesn’t work. You need to find the roles and shows for which you are truly competitive, and focus on those. Otherwise you will spread yourself too thin, and not give the more book-able auditions their due. In addition, you run the risk of showing yourself to casting directors as someone who doesn’t know his or her niche – which will make them dismiss you, rather than think of you for a different project.

Honestly, this even goes for when times are slower – choose projects to audition for that a) you’re really, truly right for, and b) you really, truly want to do. This will make you happier, and likely result in a higher audition-to-booking ratio.

This is mostly one for the musical theatre ladies: DO NOT WEAR A JEWEL-TONE/FLORAL DRESS AND NUDE PUMPS. Or your LaDucas. (Unless you’re actually at a dance call.)

You know the look I mean – you think it makes you appear like a blank slate the director can project the image of the role on to. In reality, it’s the opposite. It’s a fairly universal truism that a casting director has decided whether or not to call you back THREE SECONDS after you walk into the room. That’s even before you hand your book to the accompanist.

(This applies to non-musical auditions as well; I see a lot of flowy dresses for Shakespeare seasons. But casting directors for plays make the same decisions the moment you open the door.)

Sure, what you do with your next two minutes and fifty-seven seconds can change their minds (both ways!), but they’ve already made a judgement call about whether or not you’re right for the role after three seconds. So a “blank slate” look will not help your chances one bit. They’re seeing a bazillion people –help them out! I’m not saying come in costume, far from it.

Echo the role, and don’t be afraid to show your personality and your individualism so they can get a sense of you from that first moment. And that goes for the fellas as well.

When theatres ask for 16-32 bars or “a short selection” for a musical, or a brief 1-2 minute monologue, they mean what they say. As referenced above, your auditioners don’t need to watch an entire character arc in song to decide if they want to see more from you. Initial auditions are like speed dating, seriously. Pique their interest. Then when you get the callback, you can luxuriate. At a packed chorus call when they cut it down to eight bars, you should hear the cacophony of groans. But it doesn’t matter! They really will see what they need to see to decide in that short chunk.

You should make it a priority to find short cuts of any song you put in your book. And time your monologues, with pauses, and get them to a minute. These long days of auditioning are pretty brutal on auditioners. (I’ve also spent some time on the other side of the table, so I can attest to it!) You will curry a lot of favor with short, intelligent choices. Less really is more.

The accompanist was bad. The room was hot. You lost your place in the monologue. You gacked on the big note. The director asked you a question and you fumbled the answer. You were rushing from another audition and didn’t have time to catch your breath. You heard they already cast the role. You saw the person who snatches jobs away from you ahead of you in line.

I have seen people walk out of audition rooms and burst into tears. My heart goes out to them, because, again, we’ve all been there. But the BEST piece of advice I can give is to quote Elsa and say, “Let it go.”

If you obsess over all the tiny things you think went wrong, you’ll never get out of your head, and that’s a death knell. Here’s the deal – NONE OF THAT MATTERS. If the accompanist was bad for you, he was bad for everyone. Auditioners know that everyone gacks on a note now and then. And so on.

There are fifty things you don’t have control over, but you have control over how you handle them. Shift your mindset – it’s not, “Please, oh please, give me this job,” it’s, “Hey, I’m an awesome person and a great performer and don’t you want to hang out with me for six weeks?” Going back to the speed-dating analogy; if you’re totally into someone, and he spills a drink on you, you will still probably go out with him. So don’t freak out over the little stuff.

One job will not make a career.

There are a lot of folks out there who think they’ll come to New York and book a Broadway show, and it will be gravy from then on. For a rare few – a very rare few – that might happen. But for most of us, after each gig, we’re kind of back at square one.

Yes, you’ll have another credit, you will have networked with more people, you may have grown as a person and performer – but that may not translate into a string of bookings. So you can’t live and die over one particular job.

It’s startling how many actors don’t think of their work in terms of a career. If you do, I promise everything will be more fulfilling. Rejections won’t matter as much (because you’ll have been brilliant and so they’ll want to work with you eventually). You won’t get jealous over friends’ successes (because that’s THEIR career, not yours, and we each have a path). Your day job will be less of a struggle (because it’s just a temporary means to an end).

If you think in terms of a career, in-between bookings you’ll create your own material–because you’re an artist, and that’s what artists do. You’ll get those creative juices flowing, and maybe also come up with something that fills your soul as well as your bank account.

Avoiding these five mistakes might not guarantee bookings, but you’ll be a much happier and polished performer. Break legs and be brilliant!

Annie Edgerton is an actor living in New York City. She recently toured with "Kinky Boots" and was on Broadway in “Mamma Mia!.” An avid baseball fan, Annie is on a quest to sing the National Anthem for every MLB team (currently 24 of the 30 done!) — www.AnthemQuest.com. She is also the Wine Minx™, a wine appraiser and consultant, writer and educator. Check out @wineminxannie on twt/inst and her wine blog www.wineminx.blogspot.com

Hard to Say Goodbye: Leaving a Show on Good Terms 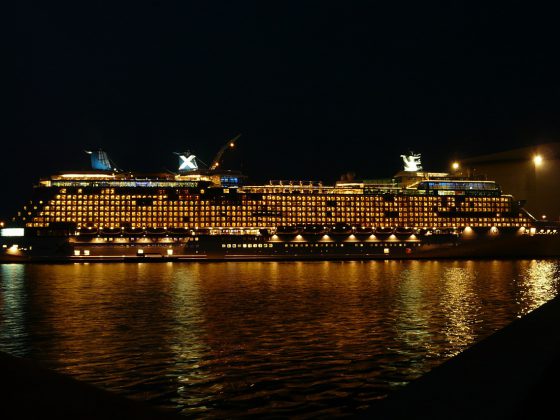