We have all heard of William Shakespeare. His plays are regularly performed across the globe, and they frequently feature as prominent texts on school/college syllabuses. Yet the first steps tackling Shakespeare’s works can be tricky. What is an iambic pentameter? And how do you interpret some of the unusual sounding words written over 400 years ago? Whether you are studying his plays, or engaging with them for pleasure, this blog post will hopefully help guide you along the fascinating road to getting to grips with the Bard! 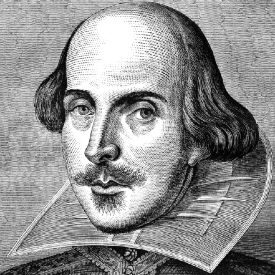 Who was Shakespeare and what did he write?

Despite Shakespeare’s worldwide notoriety, there are many elements about his life that we simply do not know. He was born in 1564 in Stratford-upon-Avon, England, but we don’t know his exact date of birth. He married Anne Hathaway when he was eighteen years old and the couple went on to have eight children (although they did not all survive to adulthood). Shakespeare seems to have begun writing plays around the early 1590s and made his living in London as an actor, playwright, and co-owner of a theater company called The Lord Chamberlain’s Men and, later, The Globe Theatre.

Although there is some dispute as to whether Shakespeare wrote all the plays attributed to him, the general consensus is that he wrote 37 plays in total and 154 sonnets. The plays are generally categorized into comedies (such as Twelfth Night and A Midsummer Night’s Dream), tragedies (where at least one of the central characters normally dies, such as Macbeth and Hamlet), and history plays (based on the lives of real historical figures, such as Henry V and Richard III).

If you are a newcomer to Shakespeare’s plays, the language and structure of the texts may bamboozle and and confuse! So, here are a few handy tips to getting to grips with interpreting his works.

The first thing to remember is that the language used within the texts is not as confusing as it may first appear. Shakespeare actually played a crucial role in the evolution of the English language as many of his original phrases are now commonly used today.

However, there is no denying that Shakespeare’s plays also contain many words that are not commonly used today. When did you last hear someone describe you as being jocund (joyful) or refer to wearing their livery (uniform or costume)? A play edition with really good footnotes and a glossary will help you out immensely here so look out for these.

Remember that Shakespeare’s plays were written first and foremost to be performed and heard aloud, not read. Many of his plays are written in verse, which emphasizes this dramatic intention. This is where the iambic pentameter comes into play!

Typically Shakespeare wrote in iambic pentameter. Put simply, this just means that the lines are made up of ten syllables with alternating stress on each syllable.

When writing in verse, the lines are either in couplets (rhymed endings, of which there are several structures) or blank verse (unrhymed lines).

Let’s take a look a some of Shakespeare’s most famous quotes–and insults!–to put them in context and see how they have been interpreted in performance.

“To die, to sleep – to sleep, perchance to dream – ay, there’s the rub, for in this sleep of death what dreams may come…”

This famous quote is taken from Hamlet and is part of the famous “To be or not to be” speech. But what does Hamlet really mean here? Actually, Hamlet is just asking himself whether it’s better to die and not have to face his problems. But what if he still dreams when he is dead and therefore never escape his troubles? This speech has been interpreted and delivered in many ways – check out this clip of actors such as Benedict Cumberbatch, Sir Ian McKellen, Judi Dench, and Tim Minchin, humorously arguing over the best way to deliver Shakespeare’s famous lines!

“If music be the food of love, play on,
Give me excess of it; that surfeiting,
The appetite may sicken, and so die”

This quote is taken from Twelfth Night and the first line is probably the most famous. In this speech, Duke Orsino is convinced that he is passionately in love with Lady Olivia (who has rejected him) and, in a dramatic and self-indulgent manner, he imagines stuffing himself full of his passions to ultimately cure being love-sick.

This opening section from Twelfth Night is a favorite for auditions and monologues – take a look at this interpretation of the speech from a BBC documentary featuring 13 to 15 year olds performing Shakespeare.

“But, soft! what light from yonder window breaks? It is the east,
and Juliet is the sun!”

Romeo’s love-stricken speech has been performed by many famous actors (remember Leonardo DiCaprio in Baz Luhrmann’s Romeo and Juliet?), with varying interpretations of the lover’s emotions at this point during the play. Romeo has fallen head over heels for Juliet and, as he gazes up at her balcony, he imagines her as the sunrise above him.

Check out his wistful, modern interpretation which puts the scene in an updated city setting.

As well as Shakespeare’s well-known and much quoted speeches, the Bard also knew how to hurl out a good insult or two! To conclude, here are a couple of his best that you might want to keep handy in case you fancy a good sixteenth-century argument!

“The tartness of his face sours ripe grapes.” (Coriolanus)

“Could I come near your beauty with my nails…”
(Henry VI, Part II)

“Better a witty fool than a foolish wit.”
(Twelfth Night)

“Scratching could not make it worse…such a face as yours.” (Much Ado About Nothing)

“I was searching for a fool when I found you.” (As You Like It) 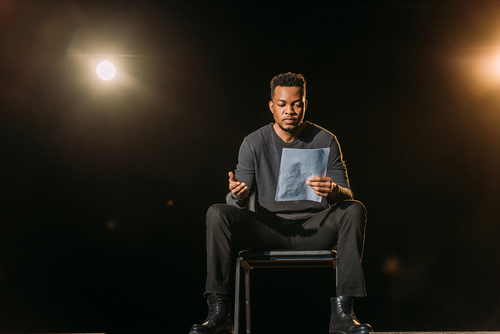 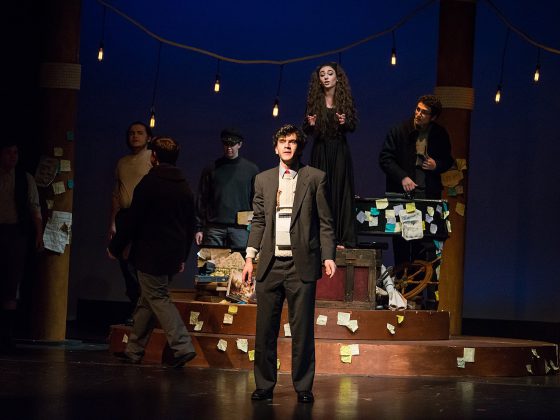