Today we’re thinking of those heady summer days. The sun may be shining and the beaches might be calling, but summer can also be a highly valuable time to take in all the benefits of an acting program. Summer training programs are a chance to network, collaborate, and create exciting and experimental moments of theatre. They also usually include incredibly long days (forget the beach!) and lots of (fun) hard work! Today we’re exploring my experience of the summer program at WildWind Performance Lab to give an idea of the types of programs you might come across in your research.

West Texas may not immediately strike anyone as an ideal breeding ground for theatre. It certainly didn’t for me, until I began grad school there and took part in a month-long, immersive theatrical training experience which was unlike anything I’d experienced before, or since.

Texas Tech University is situated in Lubbock, a city of about 258,000 people in west Texas, just south of the panhandle. It’s an interesting place…somehow it feels like a small town, a large city, and a college town all at once. The closest metropolitan area is Dallas, about five hours away. So, Lubbock is an entity unto itself. I chose to go to grad school there because they offered a masters program that emphasized not only theatre theory and practice, but also pedagogy, which I knew I was more oriented towards. One of the requirements for theatre students, both undergraduate and graduate, is the WildWind Performance Lab. In essence, WildWind is a month-long experience that immersed us in every facet of theatre in a studio environment while we also took part in the development of two new full-length plays written by graduate playwriting students. On top of that, each week a playwright was brought in to workshop their piece as well. It took place during the summer, so we spent all day either taking workshops, hearing from guest speakers about their professional work in the field, or participating in workshops or readings of one of the new plays.

The way that it worked practically was that, for about two hours in the morning, those of us in the acting track would be in a workshop led by a guest artist who specialized in a particular area. Each week we had a new artist. When I took part, the workshops were on devising/clowning, mask work, psychophysical acting, and voice and movement work like Suzuki and Linklater. Meanwhile, the design/technical theatre students would go to workshops in their field. After our morning session, we’d break for lunch, then we would all come together for a presentation/Q&A session from a working professional in theatre. We heard from designers, producers, directors, professors, actors, playwrights…all sorts of people who taught and/or worked in theatre. One of the more memorable visitors for me was playwright Martyna Majok. She was there to workshop a new play called Queens, about the experience of immigrant women. Majok went on to win the Pulitzer Prize for Drama two years later, and Queens is now being developed as an HBO series. I may or may not occasionally brag that I’m Facebook friends with a Pulitzer Prize winner.

After the guest speaker, we’d get together to workshop one of the student-written plays. Each summer, two graduate playwriting students used WildWind to workshop and develop their thesis play. Which play was being developed alternated each day, with a reading of the current version on Friday, so each play got two days a week for a three or four-hour workshopping session. Then, in the evenings, the professional playwrights had the opportunity to develop their plays in much the same way: the faculty cast actors for each play, and we’d sit around a table and read with the playwright, a professional dramaturg, and a professional director who specialized in new works. Together, we’d have discussions and ask each other questions, all with the aim of helping the playwright develop their work. This would happen Monday through Thursday, then on Friday night a public reading of the play was held. The next week, a new playwright was brought in, and the process would start over again.

The schedule was…well, wild. If you were reading in one of the new plays by an outside playwright, you were there from about 8:30am to 9 or 10pm, either taking classes or workshopping a play nonstop save for a lunch and a dinner break. It was tiring. But it was also invigorating. There’s a lot to be said for spending your days doing literally nothing except learning a bunch about the thing that you love. But it wasn’t just about the learning, it was about the doing. WildWind is designed as a process-oriented experience. The end goal isn’t to produce a polished new play or to master a new acting technique in the span of a week. It’s about exploring process alongside professionals.

It’s rare to get to learn from one professional with the caliber that the artists we worked with had, let alone roughly twenty of them in the span of one month. And I’m particularly awed when I think about the fact that we weren’t somewhere like New York City or Chicago; we were in the dusty plains of west Texas, essentially cut off from access to this kind of experience.

So what did we get out of this type of training program? For one, we learned how to embrace giving yourself over to process. This was especially valuable for me, as someone who spent my undergrad career caught up in my head worried about the end product and not embracing the process. I was trying to look like a good actor instead of embracing the process of becoming a good actor. Second, embracing and discovering the work alongside undergraduate students, fellow grad students, and professors alike was a humbling reminder that the process of growth and learning more about your craft never ends. No matter how much experience or training you already have, it’s perfectly okay to acknowledge that you don’t know something.

It was a wild month, invigorating, tiring, and frustrating all at once. But one thing’s for sure, summer training programs are a highly valuable experience that encourage us to grow as performers. 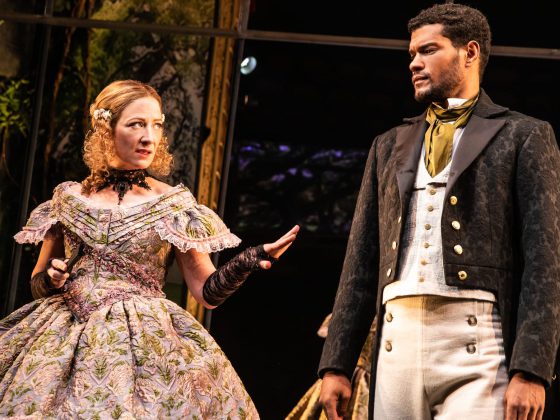 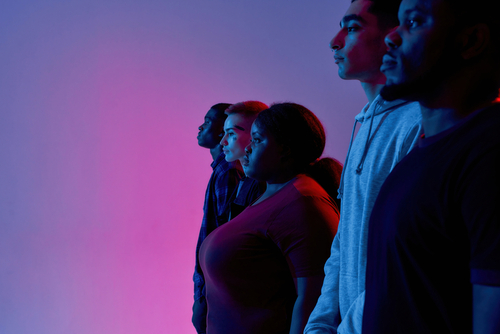