These are terms that have become commonplace over the past few months. I think I speak for most of us when I say we are tired of these terms. Specifically, we are tired of how they affect our beloved theater industry.

BUT, we want to do so safely. That’s the difficult part.

Theater is by nature in juxtaposition with several of the current health and safety measures. Have you ever tried rehearsing a socially distant production of Seven Brides for Seven Brothers – where every actor stays six feet away from the others? Or tried singing “The Music of the Night” from The Phantom of the Opera while wearing a mask (and I’m not referring to the Phantom’s mask!)? Is a performance where the whole audience “stays-at-home” really a theatrical performance at all?

This is new territory for us all. How do we move forward? While staying closed for 6 months or more might be feasible for some, it likely isn’t for most. Most community theaters operate on a pretty tight budget under normal circumstances – which gets even tighter when there’s no income at all! We must move forward, but how?

The theater industry has always been an innovative one, and the past few months have been a shining example of this. From video rehearsals and online-only plays to official theater live-streaming websites, it has been exciting watching the industry as a whole adapt to this new COVID-era we find ourselves in.

Within about a week after the lockdowns began, almost every licensor announced they were waiving all rescheduling fees and many were also allowing cancellations with full royalty refunds. This was a tremendous step, as one of the growing fears for school theater departments and community theaters (who often make a substantial portion of their annual income from a spring musical) was having shelled out several thousand dollars with no way to recoup any income. That would have been the end of many such programs, but thankfully the licensors stepped up to alleviate this concern.

However, that still leaves the giant question mark of, “How can we perform safely (when we’re allowed to)?” Let’s dive into some of the top concerns and creative alternatives to ensure the survival of our beloved theater programs.

Take the stage – at a socially acceptable distance, of course.

Unfortunately, COVID doesn’t magically disappear on stage. Although we use the suspension of disbelief for many things in theater, we can’t just disbelieve the existence of COVID. We must accept it and adapt to it.

Look for social-distance-friendly plays, such as The Complaint Department – and Lemonade (for youth) or Daddy Long Legs (for adults). What characterizes a “socially-distanced” play? Look for plays with casts under ten where only three to five people are on stage at one time and the cast rarely physically interacts. This will vary depending on the size of your stage but, in general, this is the optimal amount you can have on stage at one time without upstaging or being too close.

Now I know what you’re thinking, this is the exact opposite of your normal show size if you have a large group of actors (such as in schools) but it’s what we have to do during this time. If you are among those with large groups, consider doing multiple smaller productions, such as one-acts performed by 10 or fewer actors. Three 45-minute one-acts with a cast of 10 each would engage 30 people while still being safety conscious and following guidelines as much as possible.

This is a difficult subject and one I encourage you to discuss with your cast. Without debating the effectiveness of masks, there is still the simple fact that wearing masks severely obscures your face and hampers speech. This reduces our ability to convey emotion through facial expression, although this could be a good time to teach about other forms of body language. More importantly, though, is the effect of masks on speech. Not only do they reduce volume, but they also reduce clarity. It is practically impossible to project across a theater while wearing a mask.

A creative way to counter these issues is to select a play where all or most of the cast could wear face coverings as part of their costumes, such as in The Lion King or The Jungle Book. Additionally, if your theater has on-person microphones these could be placed inside the mask to pick up the actor’s un-muffled voice. Just be careful to use the same mic on the same actor every time and to sanitize them after each use!

To fit the 6-ft. social-distancing guidelines, most theaters will have to rope off every other row. This immediately reduces possible seating to 50%. To have the same distance to the sides, most theaters will also need to block off two seats between groups. This will result in approximately 30% of house seats being available, which is a huge reduction. That means if you were running at a 50% margin prior to COVID, you will now be running at approximately a 40% loss – not good!

Thankfully, there are a few licensors who have said they are willing and able to reduce royalties based on your actual attendance instead of by performance. This allows theaters to host more performances to accommodate the same number of patrons while still observing safety protocols.

Is the dream team the stream team?

If your theater is anything like mine, a large portion of your most loyal patrons are in the vulnerable category and should not go out – even to a socially-distanced event – for quite a while. This means those most likely to support you are not able to because it would be a health risk.

To address this, several licensors have begun working with playwrights to secure limited live-streaming rights which would allow shows to be streamed live online either to a limited audience or under a sort of blanket royalty. The exact details are still in the works, but the prospect of a live-streamed performance is an exciting possibility.

Of course, nothing can compare to the magic of opening night with a full house when the overture begins and the curtain rises. The mistake we make is thinking we need to replicate that magic exactly. Everyone knows things are different these days – so embrace it!

Radio-style shows are an excellent choice for this new method of performance. These shows allow characters to interact without actors being too close and are easy to stage. They can be streamed either with or without video since the atmosphere is provided by live “foley” sound effects produced on-stage by other actors.

There are many great options when it comes to video streaming, but most of them are quite expensive. If you have connections with a video equipment company or one of your cast is already a vlogger, they may be willing to let you borrow some of their equipment to stream. Of course, it is possible to stream with just a smartphone; it won’t be the greatest quality, but hey, if that’s the best option you have available then give it a try!

While there are still many uncertainties in this new COVID-era we’re in, there are also many exciting opportunities. We can’t wait for things to return to normal, we must march out on stage and adapt to thrive in this changing environment. 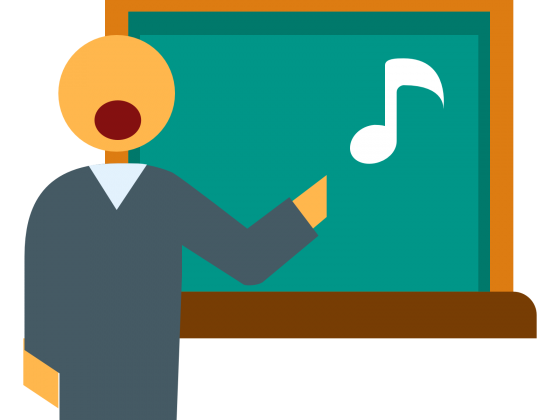 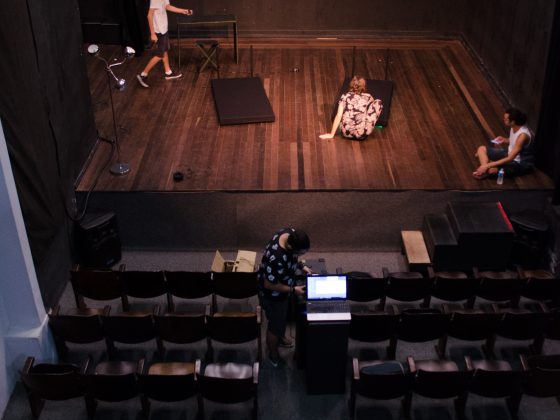