Hello faithful readers! We here at StageAgent are humbly embarking on a multi-part series breaking down that Golden Fleece of an actor’s desire—the National Tour. Over the course of the next several months we will be examining the attraction, benefits, potential downsides, and financial realities of living out of your suitcases for a few months or even a few years. We hope to cover topics that will apply to both Equity and Non-Equity tours, from a 4-person children’s show to a cast of dozens (the Hal Prince Show Boat had a cast somewhere near 70). And as always, if you have specific questions or topics you’d like discussed further, just leave us a comment and we’ll do our very best to address them all.

I feel we must start with some sort of definition as to what qualifies as a National Tour. You’d be surprised (or maybe not) at the hours that are spent trying to decide on a resume what is a tour and what isn’t. At the most basic level, a National Tour is a show that is presented across various locations in multiple states. It can be union or non-union. You can run for a few weeks, perhaps during the holiday season, or nearly 20 years (here’s looking at you, The Lion King). When a show goes directly from Broadway to the road, it can be called the First National Tour, then as casts change you can be the Second, or Third, though at this point I’m not sure there’s really a difference. Actors like to label things, especially if it helps the resume.

The tour can often be that first carrot to a young actor fresh out of college. They are attractive for many reasons: there’s a certain prestige, hopefully a good salary, and the chance to hone your skills and craft over potentially hundreds of performances, just to name a few. Tours can also appeal to seasoned veterans of the theatre, as they offer a chance to “get out of town” and regroup; perhaps they can save some money while subletting an apartment, or play a great role they’ve always wanted to play. So with these notions before you, we ask the question, “Why wouldn’t I want to do a tour?”

There’s a lot to recommend, but the tour is not without complications. First of all, if you are a young actor, your goal is to get established in whatever city you call home base. (Tours cast all over the country by the way, everywhere from New York City, Chicago, Los Angeles, Atlanta, Orlando; I’ve even seen Salt Lake City.) So the very nature of doing a National Tour is contrary to that goal, as you simply won’t be around for anyone to get to know you. But these cities carry a high cost of living, so getting out of Dodge to save some money might not be the worst idea.

One of the sheer joys I currently have in my life is my ability to go to my show and then…go home. I don’t have to leave my family for months at a time; they are right there where I left them when I got on the train to NYC. But of course on tour, it’s unlikely (not impossible) that you will have your loved ones with you. On top of that, you’re basically committed to spending a huge amount of your time with the people in your show. That can be great, some of my best friends in life came from the tours I was lucky enough to do. But what if you don’t really connect with anyone on the road, or worse, actually dislike being with them? There’s not much escape. In a union tour you have the option of your own room (because you usually pay for it from your per diem—that’s a later post), but on a non-union tour you probably have a roommate, unless you’re a star. Personal example: I played Ravenal (the male lead) in a Non-Equity tour of Show Boat, and I shared a room with not one but two cast mates, both very good friends, to save money. We would get a room with two beds, and every third week, one of us would sleep either on a cot or on the floor. Hi ho, the glamorous life.

And while there is certainly a lot to be said for doing the same show literally hundreds of times, maybe it’s not for you. Maybe you’re the kind of actor who prefers a summer stock or rep company approach, where you do something different every so often (perhaps every night). For clarity’s sake, in the largest tours (and of course on Broadway) if you are lucky enough to be employed for a solid year and never miss a performance, you’ll do 400 performances of the same show (8 performances a week x 50 weeks, assuming you use your vacation weeks). That might not sound appealing to everyone.

Also you have to consider what it is you would be asked to do. We can assume that you auditioned for the job, but maybe you got a role that doesn’t interest you, or a chorus position when you were dying to play the lead. Perhaps you auditioned for a touring children’s theatre company, but upon being hired you realized that not only were you the star of the piece, but also the assistant stage manager and van driver, and that you would be loading and unloading set pieces at the crack of dawn into school “gymnatoriums.” I’ve seen people quit Broadway shows while in rehearsal when they realized they weren’t happy with what they were charged to do. Shocking, but it does happen.

You need to be armed with all the information possible. From my perspective, everyone should tour at least once. You should know the feeling of being a tight-knit community, bound together in strange cities both small and large. You need to know what it takes to perform night after night, sometimes with variations in your environment (less wing space, no crossover, dressing room on the fifth floor). I haven’t seen very much of the world, but I’ve seen 48 of the 50 states (Hawaii and Montana, if you’re wondering), and that’s all because of the handful of tours I’ve been on.

So welcome to the touring series, we’ll be exploring such topics as financial practices, how to pack, how to stay healthy, housing options, when it’s time to go home, the major players in the touring market, and many other topics. Let us know your questions! Till next time… 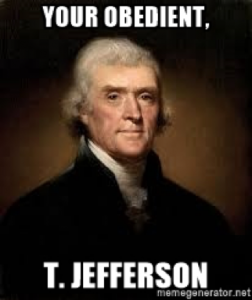 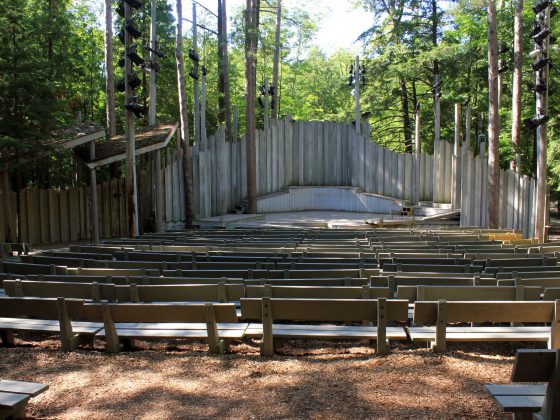 I Left My Heart in Summer Stock