Welcome to the latest installment in our Playwright Chronicles blog! So far, we have discussed the influential writers and shows that inspired our writers to follow their own creative paths, and explored a typical day in the life of a contemporary playwright.

In this edition, we dig deeper into the creative process of writing a play or musical. Once the exciting light bulb moment has happened, how do the writers go about researching an idea for a show? And what methods or techniques do they use to develop and flesh out their characters?

First up, we asked the writers how much research they normally do before starting a new play or musical. We were interested to find out whether the research occurred before they began, or if it was carried out during the writing process.

For Hank Willenbrink, the research and writing process is a combined activity:

I tend to write about things that I’m curious about or interested in. So, the writing process for me often feels like research. I think of it as a way of engaging with material and the world around me. There’s this play that I’ve had read, (La Princesa) which is historical, but what I love about it was that even though I was working on trying to hit particular marks (what happens on this date, etc.) I was also putting a lot into it about my own perspective. The research is part of how I construct the container to the work, and how I determine how much the work will relate itself to reality…

Boston-based playwright Con Chapman agreed, stating that in most cases:

I am just re-fashioning personal history, drawing on what I know—no research required.

However, all the writers agreed that in cases where the show is centered around an historical figure, event, or an unusual setting, initial research is paramount before the writing process can start.

For The Undertakers Club, a play about a group of high school misfits who start their own student organization for future funeral directors (Brooklyn Publishers), I had to research both the undertaking profession and the topics that the students chose for their oral reports.  I’ve written a verse play on the murder of Thomas Becket, which has been the subject of plays by T.S. Eliot, Jean Anouilh, and even Alexander Hamilton, which required a great deal of research into his life and his conflict with King Henry II. In both cases the research preceded the writing [Con Chapman]

If it’s a historical play, I do a lot of research.  Mostly at the beginning but, as I bump into things during the writing, I’ll likely research more on that aspect. Obviously, I want to be accurate–though in drama, truth is no defense for scenes that are boring or seem unbelievable.  As importantly when I do research, I look for what may be historically insignificant details that, for a playwright, are golden nuggets regarding a character. [Mark Stein]

Wayne Doyle agreed that the research he carries out is fundamental to the smooth development of the characters within his shows:

I always research the topic or period before I get too deeply into the writing. This helps to come across more genuine and authentic in my writing. I also find that after extensive research, the characters begin to tell “me” what to say. In saying that, research is meaningless if you don’t have an interesting story to tell!

With this research in mind, we wondered whether the playwrights were more predisposed to write shows in a modern or historical setting? The musical lure of a period piece definitely intrigues playwright and composer, Wayne Doyle.

I’ve enjoyed the challenge of writing plays that are set in various decades. This allows me the added enjoyment of creating songs that are reflected in that decade’s period. Hey Jude–The Musical is set in the 1960s and is all about the struggle for equal rights. “No Strings Attached,” which features actors and puppets, is based around the disco music of the 1970s. Another upcoming musical titled The Incredible Super Mallet Man, is based around the 1980s. The popular mini-musical period piece titled First Light, about the invention of the electric light, is set in the late 1800s. My latest piece titled A Stroke of Genius, tells an alternative story about the Mona Lisa painting and is set in 1503.

It is clear that personal interest and connection with the subject matter is key for the playwrights, whether this guides them to a period or contemporary piece.

I typically write in modern settings. I have one play set in ‘80’s Spain and the other in the ’90’s South Bronx. I don’t put it past me to one day write a period piece. I’ve recently written a play where Hurricane Maria is the backdrop and with that having already been a year past, the play will soon be dated. Maybe I’ll take a bite from August and one day I’ll write a 10-play cycle based on the 100 years of Puerto Rican life in America. Who knows? [Juan Ramirez Jr.]

Finally, this week, we returned to the creative process of forming a character. Building on their creative research, how do the playwrights develop their characters within a play?

Ideally, characters organically generate the conflicts that constitute the play’s dramatic structure. Toward that end, I begin writing bios of my characters from the get-go, along with working out the structure of the play.  As I progress, I toggle from one to the other. In these early stages both are very fluid. So the character bios often change as I wade into the play. As I progress with the structure, I try to answer why a particular character would do what they do at the time and place that an event in the play takes place.  Answering such questions of often requires me to dig deeper into their past and generate in the bio events from their lives that led them to the events in the play.

Particularly for the principal characters, these bios are often quite lengthy, even though I know most, if not all, of this material will not surface in the text.  But it will be in the subtext.  And, from time to time, details in the bio will appear in the text–in an indirect reference, or a momentary shared memory, or on occasion a key element in a scene. [Mark Stein]

I start with their flaws. You know, because all I care about is what’s wrong with people. Then I move on to their skills. This could be anything from the superhuman strength of an anti-hero to the streetwise attitude of an entrepreneur. Then I look for them. I can come across them on the train, driving out of state, on vacation or even when I’m arguing with someone because they bumped me. I would sometimes think that the idiot I’m arguing with would make a great character. Sometimes I even become them or bring the piece of me out that is like them. I call it method writing.

This is equally important for Con Chapman, whose characters usually find their basis:

…from someone I know (including myself) or knew, or an amalgamation of several people.

New York playwright Gloria Schramm also develops characters from her own experiences, which are then boosted by her “overactive imagination”.

What motivates me and my characters is real life and imagination. For example, in my third play, Trilogy, I always wondered what it would be like for my mother to meet two famous people in the spirit world or afterlife. First, Princess Diana died, then Mother (now Saint) Teresa followed – and then my own mother, Mary, within days of one another in 1997. For twenty-one years, I have wondered what it would be like if they all met. The theme of this play was, “It pays to have friends in high places.”

I had the great fortune of meeting Mother Teresa in person years before, and that brief encounter impacted me profoundly. I noticed a lot of similarities in the marriages of my mother and that of Princess Diana to Prince Charles. Both women were almost a decade younger than their husbands and both believed their marriages were compromised because their husbands carried a torch for old flames, as being the reason why their marriages failed. Once I sat down to write ‘Trilogy’, the dialog flowed almost effortlessly.

Thanks once again to our playwrights for a fascinating discussion around creative development and research. Has our chat sparked an idea for you? Let us know!

Next time, we will be discussing the transition from paper to stage, and finding out how involved the playwrights are in productions of their work. 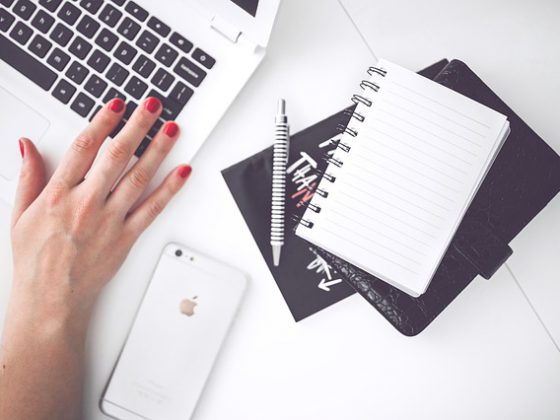 Playwright Chronicles: A Day in the Life 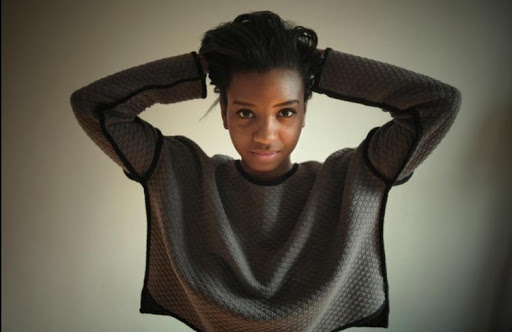 I Wish I Knew: Interview with The Get Down Actress Stefanée Martin