I’d like to think of myself as a nice guy. On stage and off I believe I possess many of the qualities traditionally associated with a “mensch”: a general air of affability, kindness, and good humor. My acting roles usually reflect this: a lot of goofy best friends, a lot of zany and upbeat character parts. And yet … I have a strange history of also playing a rogues’ gallery of emotionally disturbed killers. What gives?

It all started in high school when I was cast as Jerry in Edward Albee’s The Zoo Story.

It was the first show that really required me to dig deep, to truly become a detective and delve into a stranger’s idiosyncratic psyche. The challenge was new to me. I could no longer rely solely on myself and my own experiences; I had to extend my imagination outwards, journeying to some dark and twisted places. Who was Jerry? How did he end up the way he did? What was going on in his head? Why? What was his logic? What was his moral code? How did he function? How did he move through the world? Where did his hurt come from? His pain? His love? His confusion? What was the exact nature of his inner being, the shape of his soul? It was thrilling at such a young age to take the plunge and really immerse myself in such a twisty, nasty play. To really get my hands dirty (and for Albee purists who want to come at me with “Jerry is technically not a murderer”, I would respond — sixty-year-old-spoiler-alert — that the play ends with a knife and a dead body, so technically … ). I will never forget my grandmother looking at me with awe (and perhaps a little fear?) at the stage door after a Zoo Story performance: “You’re such a sweet boy” she remarked. “Where did all that darkness come from?”

The truth is I don’t entirely know. I suppose we all contain everything, don’t we? Acting allows us to explore all the colors of the human experience, colors that often dwell inside of us already, unexamined and unused. The Zoo Story was my first foray into that cornucopia of beings, my fist foray into myself, really. It was the first time someone else saw the glint of something sinister in me and asked me to pursue it.

One of my first professional jobs out of school was a new play called The Huntsmen by Quincy Long at a great little theater in Oregon called Portland Playhouse. Again I was cast “against type”; I played Devon, a teenager who escapes the problems and anxieties of his life by committing a series of gruesome murders with a machete … or it might all be a dream … or it might all be real … or it might all be a trick he’s pulling on his parents … or it might all be a hallucination within his mind … and there’s a lot of doo-wop music. It was a trip, man. And I loved it! Here was a mystery box wrapped in a riddle dipped in an enigma. I loved getting lost in Devon’s mind, twisting and turning through his thoughts and nightmares. I found it tremendously liberating that not everything about him made sense to me. I didn’t need to understand every aspect of his motivation. I just had to live honestly in his self. I had to make myself at home within his contradictions and nonsensical acts. It was a true thrill.

Speaking of thrills, I also had the tremendous good fortune to be cast in Stephen Dolginoff’s musical Thrill Me: The Leopard & Loeb Story. In this instance I was playing an actual historical killer. The real-life Richard Loeb was one of the “Thrill Killers” who murdered a boy in Chicago in 1924. Although I could (and did) research the real Richard meticulously, the definitive motive behind his crime is still murky. What causes a person to take another person’s life? Although there are sometimes clear motives, in the end the impetus behind that unspeakable act is perhaps unknowable, at least to me. The journey with Richard was less how to make myself nasty and evil, but more how to make myself fully human (even relatable) so that by the time the murder occurs, the audience is caught off guard. I loved walking the line between charm and villainy, charisma and weakness, violence and tenderness. And he sang! To explore the mind of another murderer, and through music? What a (twisted) gift!

I feel tremendously fortunate in my career to have been given the opportunity to play all sorts of characters. Though the bread and butter of my career tends to lean more towards comedy and goofy character stuff, I now always look forward to the darker, more disturbed roles. I don’t quite understand where this pattern of playing killers came from. Perhaps it’s people deliberately casting me against type? Perhaps it’s my inherent weirdness or “otherness”? Perhaps it’s because I now specifically target those types of roles? Whatever the reason, I certainly relish this series of challenges and I hope it continues. There’s a demon in all of us. I treasure the chance to let mine out occasionally (from the safety and protection of the stage).

If you’re looking to pursue your inner demon on stage, here are a couple of shows you might want to take a look at! 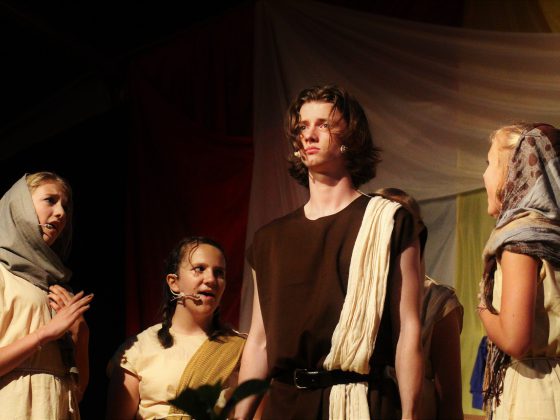 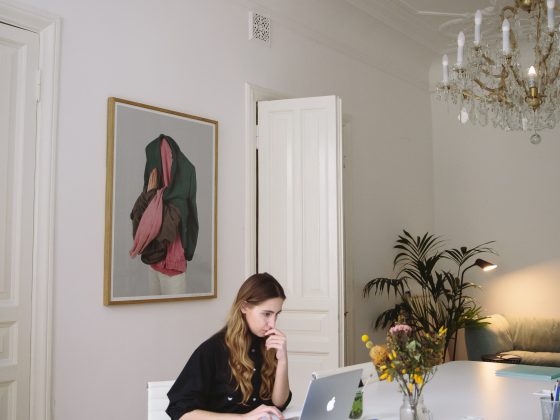 31 Useful Theatre Things You Can Do on StageAgent from Home