For the past four years, I have been the lead director of my theater’s annual summer drama camp for kids in grades 3-12. We have a BLAST. I can honestly say that directing this program every June is the highlight of my year. There is just something incredible about introducing kids to the stage for the first time and watching them express themselves in their own unique way that is both intimidating and also very satisfying.

Now, that’s not to say it’s always easy. As with everything in theater, drama camps are full of ups and downs, smooth sailing and stormy seas. Whether you have led a youth program for years, are considering beginning one, or have had one dumped on you because “There is no one else to lead it!”, I want to encourage you today in how to give your kids an experience they won’t forget.

Plan – To be flexible!

Remember, you are teaching kids at drama camp, not adults. Of course, this varies based on what age group you are working with, but generally, you should plan to be adaptable.

Not exactly, hear me out. You have a production to put on which requires certain things to be accomplished by you, your crew, and your kids in a certain time frame. But – more importantly – you have kids to teach. The goal of drama camp is not to put on a great production (of course we aim for that), the true goal is to teach children about theater and get them excited to continue pursuing it throughout their life.

This is where being flexible comes in; every child learns at a different pace. Whether it be stage-theory, characterization, blocking, or any of the many details of theater, you may have to explain a concept multiple times in one day or even in one week before it “clicks” and they understand. This may take more time than you feel it should, but if you have planned to be flexible you will be able to cater to the needs of your kids while staying on schedule.

We directors often have a tight schedule running in the back of our minds and we can get snappy with people. I’ve seen it, I’ve experienced it, I’ve done it – regrettably. When directing, but specifically when teaching drama camp, I aim to lead the kids in what I know needs to be done, but in a way that will be the most fun for them. Ordering or yelling at kids to do something doesn’t work well – if at all. I have seen directors do this and their rehearsals were a mess – kids running around, no one doing what they should have, kids AND directors shouting, etc.

To be respected, you must show respect. Yes, even as – nay, especially as – the adult in the room, it is your job to lead the charge in being respectful. If kids know you respect them and listen to them, they will respect you. If they respect you, they will do pretty much anything for you.

For example, last year I had a young lady with a lot of attitude during our production of Silver’s Secret. She would often make a sarcastic remark or tease me during rehearsal. Yes, she would tease the director. I know some directors who would have had a lot of problems with her. However, instead of getting angry and berating her, I played along and responded in kind: utilizing appropriate sarcasm and teasing of my own. We had an unspoken understanding – we would tease each other throughout the day and she would do as I instructed without issue. We didn’t have any problems.

Every child is different. This young lady wanted to express her personality freely using her attitude – without being scolded. For others, it may be listening to their idea about a scene or simply asking them how they’re doing before rehearsal. One thing is the same though; once you figure out how a child wants to be respected, they will respect you and do as you want because of it.

Keep it fun, keep it focused.

Nothing spoils a good time more than being bored. And by “being bored” I mean “not having fun.” You can have an afternoon of activities planned, but if your kids are not enjoying them then it is a waste of time. I know this because I have experienced it. There have been times when the activities I had planned were educational and good for the production, but they weren’t fun for my kids and thus they were worthless.

What I have found works well for our three-hour program is to dedicate the first 15 minutes each day to doing a few theater games (Beat by Beat Press is a great source). I introduce one new game every day and then let the kids choose what other game we’ll do. This allows me to teach something new while still giving the option to do something else. Either way, they get to start the day on a fun note.

We then teach or rehearse for an hour. This is about as long as young kids can stay focused on a subject without a change of atmosphere. A scheduled break time helps prevent ‘disinterested rehearsal’ time. We break for a snack after an hour and let the kids have 15 minutes of “free time” while they eat their snack. It is important to let kids have a break from serious work and have time to just be themselves.

After ten minutes I give a five-minute warning, to which the kids reply, “Thank you, five!” to acknowledge they heard it. When time is up we resume teaching or rehearsing for about another hour. Often our rehearsal time goes until the end of the day, but there are times when we reach a good stopping point but still have a little time left over. In these times, we play one or two more theater games to end the day on a good note.

You may have started reading this article looking for a step-by-step process on how to run a children’s drama camp. I thought about writing that, but the truth is, there are already many resources out there to help with the minutia of directing children’s theater. I felt it was more important to write about what I feel is the core of these programs – connecting with kids. It doesn’t matter how well you prepare or how much money you spend (or don’t spend) on the program if you don’t connect with your students. Ultimately, if they’re not getting anything from it, it is a waste. We don’t want that, and neither do they.

Kids will not remember perfectly structured lesson plans, flawless rehearsals, or expensive sets and costumes – they will remember the fun times they had in drama camp with the teacher that listened to and believed in them. That is what will encourage them to pursue theater throughout their life, and that is the true measure of your success.

Be your student’s favorite memory.

Check out our blog posts on raising a theater kid and directing children for more inspiration! 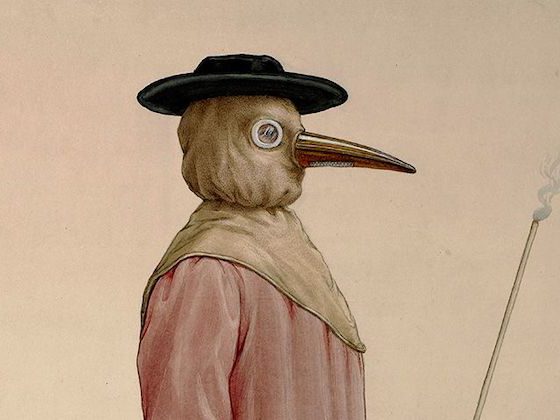