Few things are more gulp-inducing for actors than having to perform an accent or a dialect. A lot of actors I know would just as soon sing an aria. In fact, when it comes down to it, working with a dialect can actually feel a lot like singing: there are some notes you have to hit and if you don’t hit them quite right, you might look silly. This is especially true if you’re learning a dialect for the first time. Terrified about portraying an authentic southern belle in A Streetcar Named Desire? Or maybe the Dublin accent needed for Juno and the Paycock is getting you down. Don’t despair! Nobody expects you to become the Kristin Chenoweth of dialects overnight. Here are some helpful hints for executing a new accent with ease.

A reporter once asked Meryl Streep how she masters so many dialects. Her answer: “I listen.” I love this response because it succinctly summarizes the first and one of the most important steps in learning a dialect. Listening to many different people speaking in the accent you’re working on will help tune your ear to what the dialect sounds like. A word of caution: you should listen to native speakers of the dialect you’re learning, and not someone imitating the dialect. In other words, avoid clips of American actors doing an Australian accent. This will ensure not only an accurate sample, but you’ll also be able to hear the nuances and regional differences. YouTube is a great source, as is the International Dialects of English Archive, or IDEA. IDEA has thousands of sound samples of native speakers from all around the world, as well as pronunciation guides and background notes on the speakers’ personal histories as they relate to their dialects.

You might wonder what exactly it is you should be listening for. Start by listening to the vowel and consonant sounds. What major things do you notice? Are the vowels short or elongated? How are the consonants formed? What differences do you hear between the new accent and your own?  Then, listen for things like:

How often do we really pay attention to the shape our mouths make? Probably not often (unless you’re a compulsive dialect geek like I am). But the shape of your mouth will determine what sounds come out of it. That’s why videos of native speakers are ideal as you begin your study. This way you can observe the specific shapes that their mouths make when they produce certain vowel or consonant sounds. You might notice that their lips look rounder, or that they have a very wide, open mouth when they speak. This will give you some things to play around with as you start developing your accent. Use a mirror and check out what your mouth is doing as you practice. It’s also a good idea to speak in your natural dialect and get a sense of what your mouth does naturally. This will help you figure out what changes you need to make.

To borrow an old cliché: accents are kind of like snowflakes. No two are exactly alike. Think about how many different regional sounds there are in the United States: southern, northeastern, Midwest, and so on. And there are even more specific sounds within those regions: New York, Boston, Michigan…and it gets even more specific! Long Island and Manhattan have their own sounds. Georgia has a different sound than Texas, and areas of Texas have their own sounds. I offer this not to hurt your brain, but to highlight the importance of character study when it comes to determining a dialect. Figure out exactly who your character is and what might shape his/her specific accent. Did your character grow up in a specific region? Was he/she wealthy or working class? Is he/she shy? The more information you can figure out about your character, the more choices you’ll have to play with and the more specific your dialect will be. Your director and/or vocal coach can help guide you as you explore. If the answers to your questions aren’t given in the script, make something up! There’s nothing wrong with getting creative about your character’s backstory.

Don’t Miss the Trees for the Forest

As you work on your dialect, it’s helpful to focus on working with just a handful of specific sound shifts. Actors sometimes tend to work on a dialect as a whole, which can lead to a generalized or even muddied sound. It can also get quite overwhelming. Instead, pick out some specific sound shifts and begin working on honing those. Your sound samples and the choices you make about your character will help determine which shifts to focus on.

The first rule of dialects is…don’t talk about dialects. Actually, the first rule of dialects is: make sure your audience can understand you. That means that it is okay to sacrifice complete and total accuracy if it means creating a dialect that will be easily understood. Some dialects, like Cockney, can be quite difficult for non-natives to understand. That’s why your focus should always be on clarity and intelligibility.

Above all, don’t let the dialect intimidate you and don’t be afraid to play around with it. Like any other part of your character, your dialect will evolve and change throughout the rehearsal process. For this part of your dialect work, it is okay to take inspiration from actors who have done roles with notable vocal work. Think about the vocal dynamism of Johnny Depp as Captain Jack Sparrow or Al Pacino as—well, almost everything he’s ever played. This only happens when actors embrace play. So get out there and play! 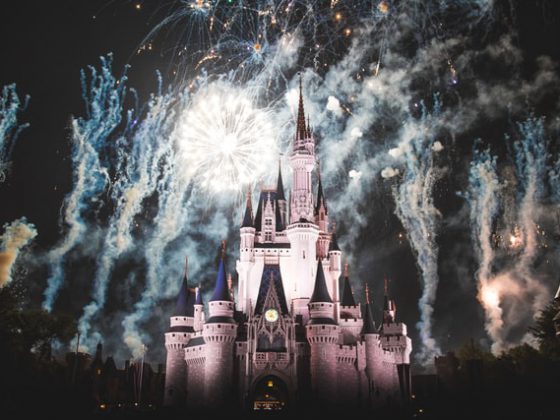