Kids pick their nose on stage. For an audience. A paying audience. I have had an audience pay to watch these little nose-picking nose pickers.

As someone who has directed children of many ages in a variety of settings, it is more than just a snotty nostril I see on stage. Younger children wiggle their teeth, play with their shirts, find lint on the ground. They look at the ceiling, they sway back and forth from foot to foot. They mumble, inaudible. They burp. They fart. They laugh at their burps and farts. They face upstage and point their butts directly at the audience while delivering their one and only line. They will somehow find a rogue feather or a sequin or a button and then–that’s it! That’s their play now. That’s your play now. A play about a 4th grader with a button. Maybe not the Willy Wonka JR that you had anticipated.

As a theatre educator and practitioner, I hold myself to a high standard. I am an anxiety-ridden perfectionist who spends far too much time thinking about how my work needs to be excellent. I must outdo myself. Each production needs to be more impressive than the last. I want material that’s challenging for whatever age group I’m with. I don’t care that we aren’t doing Who’s Afraid of Virginia Woolf?, I want dynamic blocking, focused and engaged stage listening, unshakable memorization. I want my young actors to really hear and respond to one another. I want bold choices supported by text! I want strong gestures and inflection that rings true. I want diction you could cut a steak with, you know?

And uh,. I don’t get that most of the time. And I certainly never get it from everyone at once. My plays are imperfect. My cast, my crew are imperfect. And, it turns out, so am I.

My work is flawed. My direction, my ability, my choices, my tactics–are flawed. Just like them. Sometimes they’re a mess, sometimes I am. Usually, we both are.

What you get from directing young people is rarely the artistic vision you first dreamt up. But what you do get is something…more.

My 8th grade stage manager knows me better than I know myself. I plan my perfect rehearsal and he talks me out of it. “We’re not ready for a run, Miss Chris. If you try it, you’re just gonna make yourself mad.”  He is right.

My 7th grade actor comes up to me after rehearsal, distraught. “I just feel like the reaction to that line that I’ve been trying isn’t quite…right, ya know? Like it feels stupid that I’m doing that. I don’t feel like it’s real. Can I try something else?” And I watch this kid, thinking about how another person would react in a moment. Watch him feel that his choice doesn’t seem authentic. Watch him tune into an awareness and an emotion. Suddenly, he seems more willing to tell me about his feelings outside of rehearsal too.

One of my 6th grade sound designers screams from the back, “I know how to set up the board by myself now! We’re ready for sound check!” He is proud. During our opening night, two sound cues accidentally fire at once. I grit my teeth when it happens. An imperfection. The next day, I follow up with the team to ensure the issue has been resolved for the next performance. “We somehow tied those cues together in QLab…but we learned how to fix it!” Their mistake has taught them two new features of our sound program. They are happy. I realize they have officially become more proficient with our sound system than I am.

Educational theatre requires a product sometimes, sure. And I want my product to be good, sure. But the value of my program and even the value of my production– is not its score on a judging rubric. It is watching my actors tap into something new, watching my crew become more proficient, seeing the group think critically in a new way, observing the team realize that…that they are a team.

The other day, I was marking set transitions with two 8th graders. Next year, they will have a different teacher. “Page 28,” one begins, and then suddenly, “I’m going to miss you so much next year.” The other nods, says softly, “I don’t know what I’m going to do.”

So uh…no. The nose-picking isn’t an acting choice. It’s gross and it’s distracting and you’re probably going to get the flu. But it’s worth the risk. 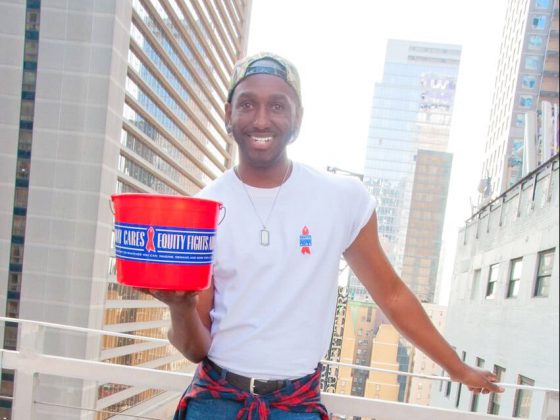